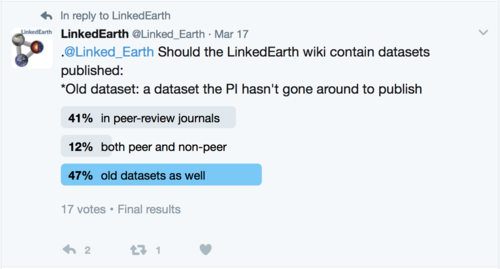 Note: Do not edit the polls (even for typos) once voting has started as it will reset the vote counts to zero. If a change needs to be made, make an annotation above the old poll (i.e., above the poll tags) and place the new poll below the first one.